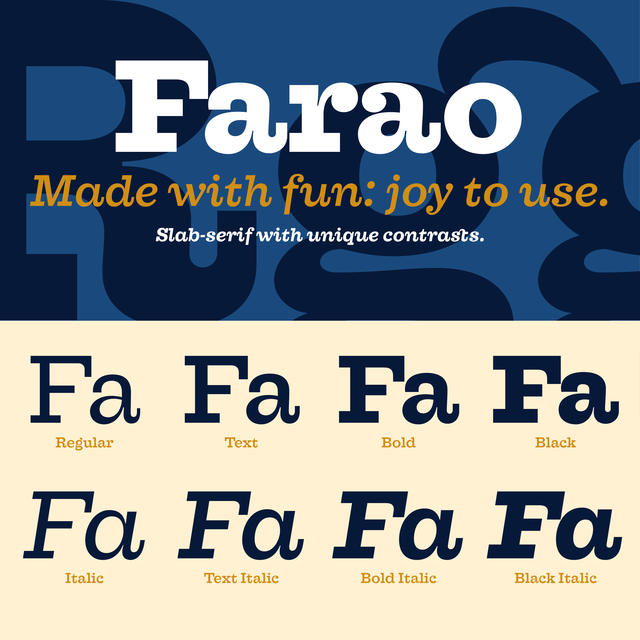 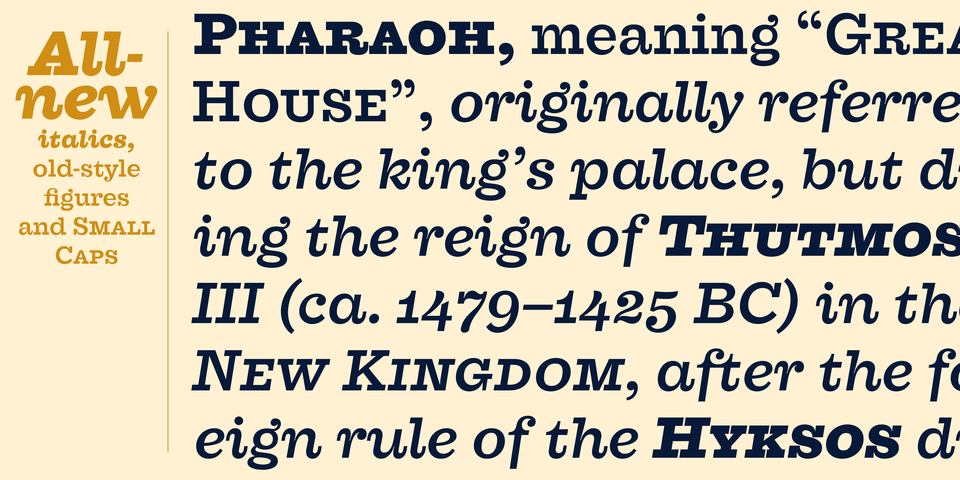 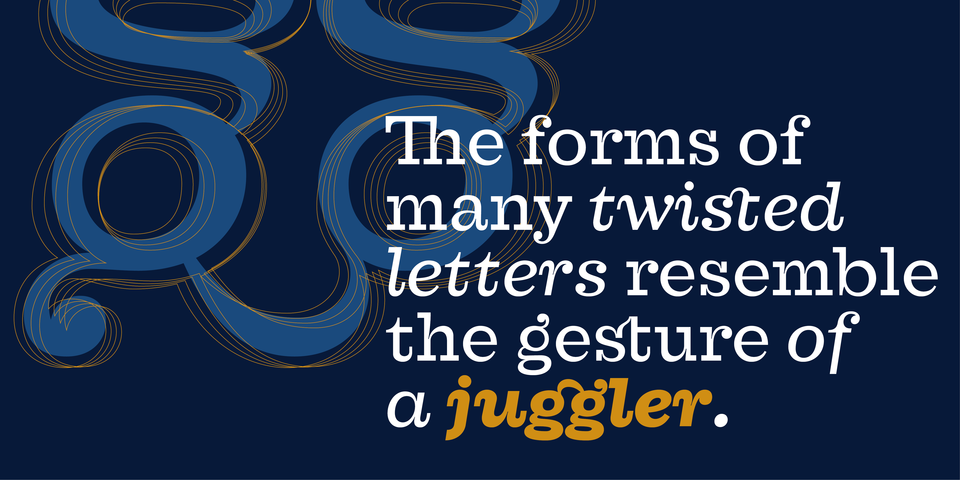 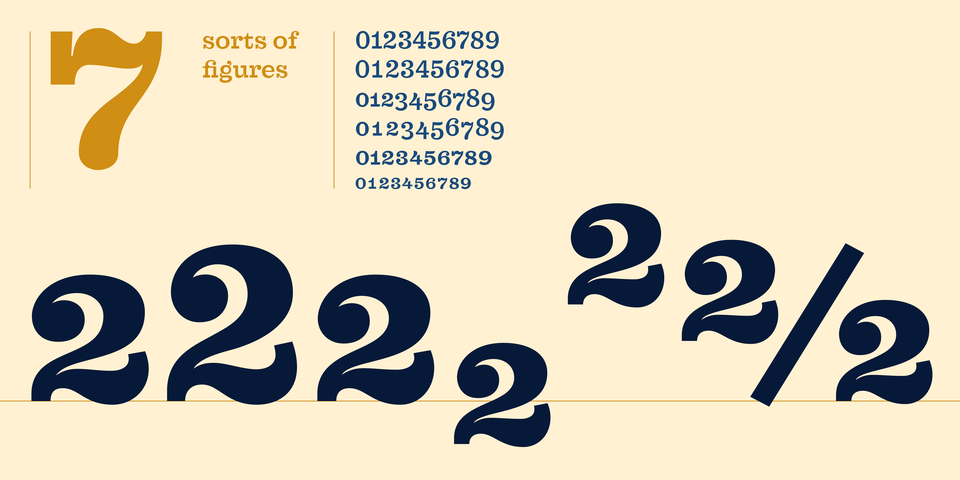 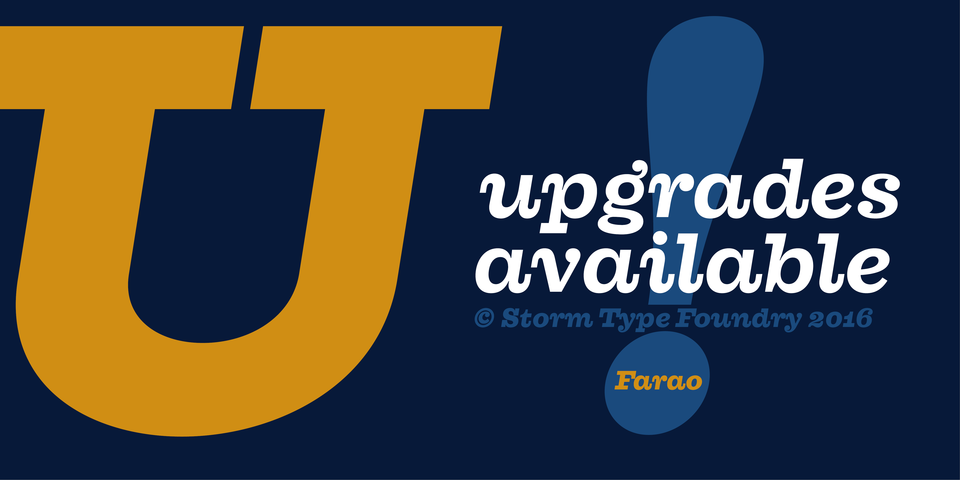 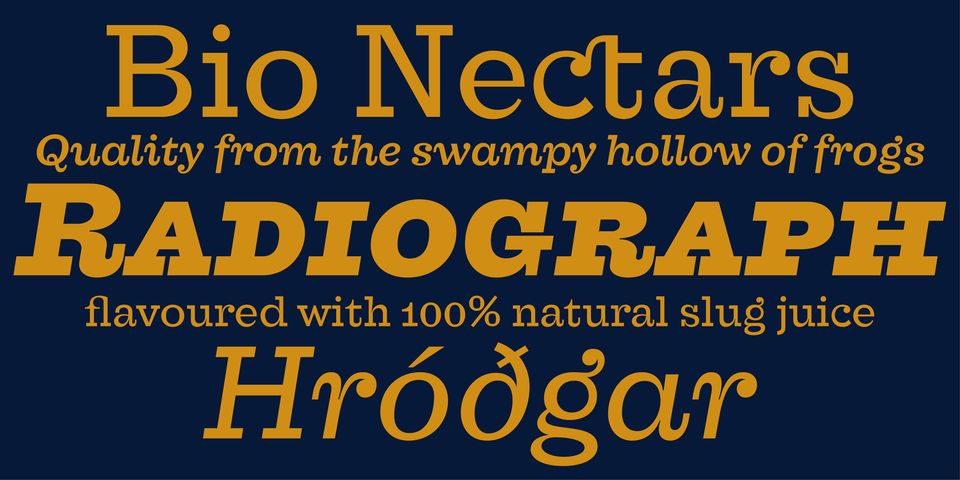 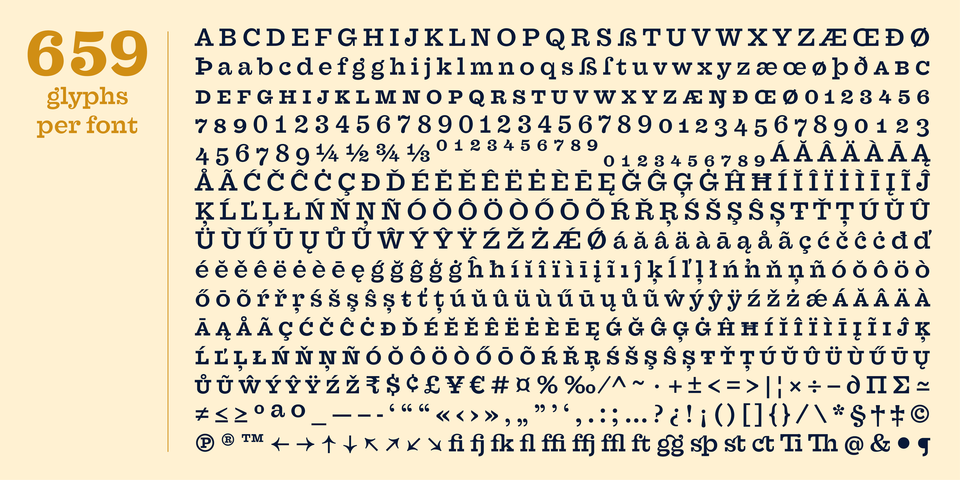 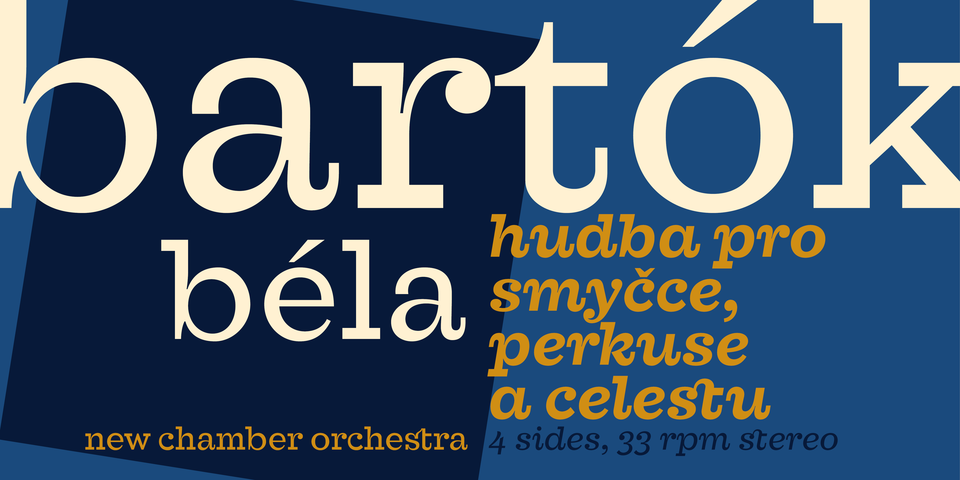 Originally designed in 1998 as 3-font family, updated in 2016 by new italics, SmallCaps and many OpenType functions, resulting in a set of highly visible poster typefaces.
If a text is set in a good Egyptienne, we can observe a kind of sparkle in the lines. Slab-serifs are cheerful type faces, possibly due to the fact that they developed simultaneously with Grotesque typefaces. The design principle originating from the first half of the 19th century does not have such firm and long-established roots as for example, the Venetian Roman typefaces, hence it’s much more prone to a “decline”. We know of Egyptiennes with uneven colour, with letters falling backwards (this often happens in the case of “S”), and especially with slightly bizarre modelling of details. In the course of time, however, it was realized that such things could be quite pleasant and tempting. After a century and a half we find that such Egyptiennes could refresh the uniform computer typography. The forms of many twisted letters resemble the gesture of a juggler: others, rectangularly static ones, the profile of a rail or a steel girder – things which, in their time, were new and were observed by the first creators of Egyptiennes. These type faces are ideal for circus posters and programs for theatre performances, just as for printing on cement sacks.
The bequest of the “declined” typography is the following: Let us not be like a machine, let us not be afraid of doing things in a slapdash way! Farao is consistently imperfect, in which it differs from the “cold” current slab-serif fonts.